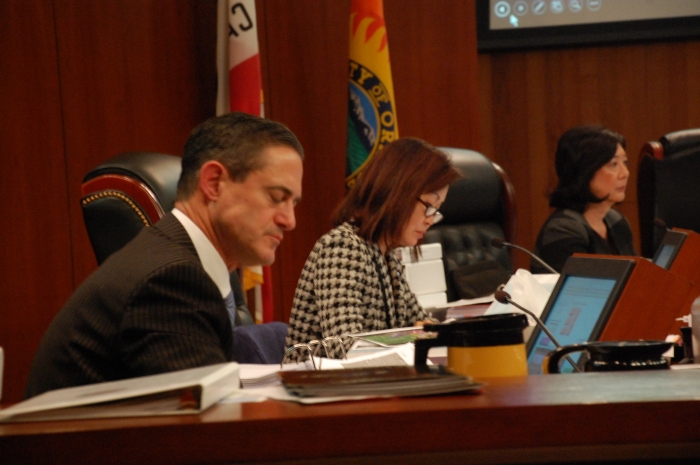 Yorba Linda city officials and the developer of the proposed 340-home Esperanza Hills said Wednesday that it is unclear what comes next following the Orange County Board of Supervisors’ decision to send the project back to the County Planning Commission, primarily to work out a secondary access point.

On Tuesday, the Orange County Board of Supervisors unanimously approved the 80-home Cielo Vista development, which has virtually seen no opposition since the developer, Sage Community Group, made a deal with the neighborhood group Protect Out Hills and Homes. Among other things, the agreement slightly reduced the project’s density and established a Fire Safe Council that will paid for by homeowners association dues.

Cielo Vista will go back to supervisors for final approval of a vesting tentative track map, which is typically done by County’s Subdivision Committee.

Yorba Linda City Manager Mark Pulone said city staff will want to know what direction, if any, the incoming city council wants to take on seeking a pre-annexation agreement with the County and Sage Community Development. Pulone said it’s unlikely that this discussion will happen at the Dec. 20 council meeting.

“The City has always been supportive of working with the applicants and the county on annexing these projects into the city,” Pulone said. “It’s better for the City and arguably for the County for these projects to become part of Yorba Linda.”

Pauline added that a pre-annexation agreement would determine when Cielo Vista is annexed.

Reelected Councilman Gene Hernandez said Wednesday that it’s way to early to know what the City Council’s next action will be.

“I need to evaluate what happened and what our options are,” he said.

“At the end of the day I don’t know what Im going to do,” Wymore said. “I’m just going to have to gather facts and decide what I’m going to do and that’s the truth.”

“I have mixed feelings, Rehmeyer said. “I would like to see a huge reduction in homes for Esperanza Hills. 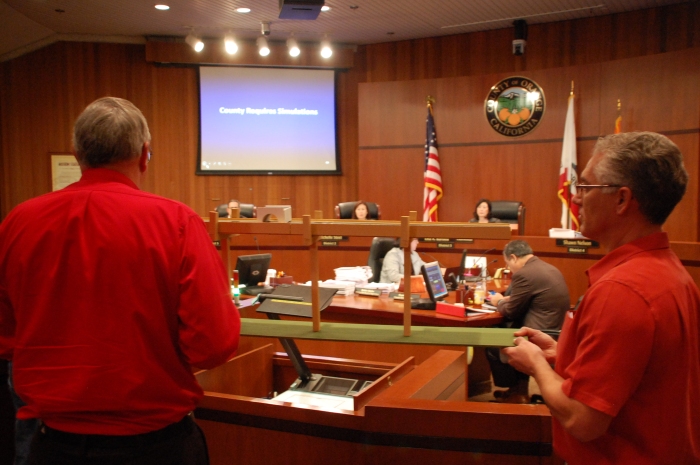 Yorba Linda resident Bob Kane (left) and an Esperanza Hills opponent display a model of the proposed bridge that would span Blue Mud Canyon. On top of the bridge is a white model of the culvert that vehicles would have driven across in an earlier design.

As supervisor for the Third District, which includes Yorba Linda, Spitzer led the Board’s three-hour discussion, which turned on whether the supervisors should put all the traffic from 420 homes on one two-lane road with two different names, Via Del Agua and Stonehaven Drive.

“The real questions for us as supervisors today is given the proposal, are we satisfied with one access point or not?” Spitzer said. “I really think that’s the crux of the decision today because if you answer that in the negative, that there should be multiple access points, then you don’t really have to discuss anything else because that really is the heart of the issue.”

For Spitzer the answer to that question was no.

“I cannot support this the way it’s been presented- I can’t,” Spitzer said. “It’s not consistent with what we did before and it doesn’t divert traffic into two separate areas in a way I think would be more responsible in terms of flow.”

He urged his fellow supervisors to make Cielo Vista’s approval conditional on a commitment from Sean Matsler, attorney for Sage Community Group, for a deal to sell land to Yorba Linda Estates so Esperanza Hills could be accessed by Aspen Way via San Antonio Road.

Matsler said his clients reached and agreement with Yorba Linda Estates on the terms and price for the access road with in January but the agreement later fell apart.

“We’re not trying to get a platinum price or a gold price we’re just looking to do the deal that we agreed upon in January,” he said.

Nelson was disturbed by Spitzer’s argument that the County should impose a condition on Cielo Vista’s approval to protect Esperanza Hills’ option for access through property Cielo Vista plans to maintain as a open space.

“What frightens me is under no circumstances is it appropriate to say after the fact, ‘we have a deal for you, we’re going to donate you’re dirt to your neighbor because we’d like to,’” he said. “That’s not a way deal with people.”

“The philosophical consistency here requires that if two projects follow all the rules and got all the approvals and got the check list all checked off properly, then unless we have some overwhelming reason to oppose it, we should approve it,” he said.