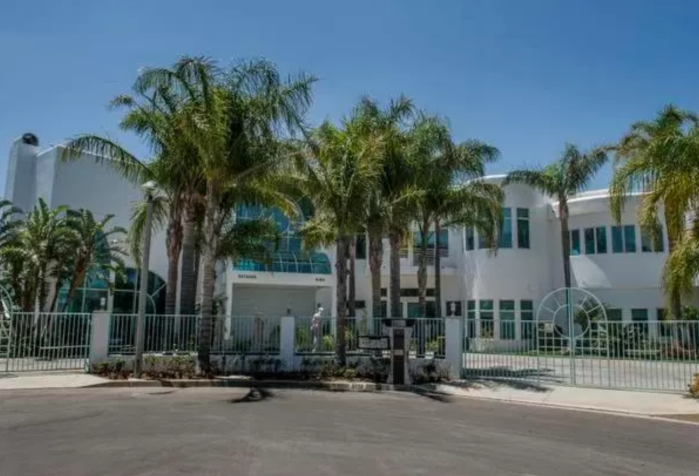 This large and lavish home at 5005 Hidden Glen Lane in Yorba Linda has a contentious history of unpermitted corporate events, television commercial shoots, and weddings. (Photo by Daniel Langhorne)

Unlike Orange County beach cities and those surrounding Disneyland, Yorba Linda has relatively few short-term rentals available on websites like Airbnb, Expedia, and Tripping. David Brantley, director of community development for Yorba Linda, said there are only three or four homes in town that have over time become a serious drain on municipal services.

“We don’t see the level of popularity that some of those other types of cities have,” Brantley said.

Some of the more opulent Yorba Linda short-term rentals are often advertised as venues for weddings, corporate retreats, and even television commercial sets.

The City Council also directed staffers to proactively search for and identify short-term rental properties in the city in violation of local laws. The also authorized a three-year contract with Host Compliance, LLC for help with these efforts.

Host Compliance has already identified up to 89 short-term rentals operating in the city as a median nightly rate of $100. Some larger homes rent for over $1,000 per night.

“Let me make it clear, this isn’t just about the money for us,” Mayor Gene Hernandez said. “This is already occurring. It doesn’t have our blessing.”

He pointed out that Anaheim settled a lawsuit regarding its moratorium on short-term rentals, adding Yorba Linda would probably lose in court if it pursued a similar ban.

Yorba Linda staffers are expected to report back to the council on their progress in six months.

“This is one of those issues that is very dynamic and wasn’t much of an issue for Yorba Linda or very many other cities just five or 10 years ago but now suddenly it’s just an incredibly growing industry and we’re well aware that there are a number of property owners in Yorba Linda that are using their properties for short-term rentals,” City Manager Mark Pulone said.